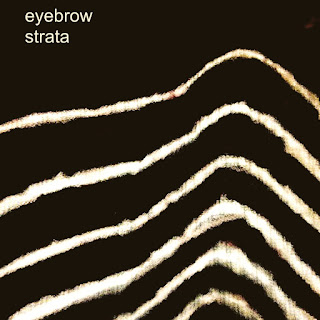 Eyebrow are a trumpet and drums duo based in Bristol, UK. Formed in 2009, their music evolves out of improvisations which are reassembled into structured pieces with unexpectedly cinematic sweeps, like a journey through a slowly-changing landscape. The band’s 5th album, Strata, was released last month (October 2017). 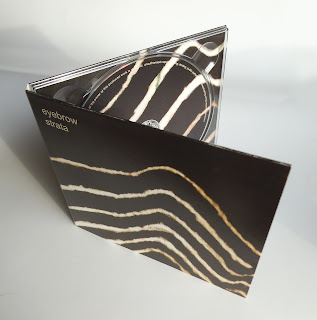 The new album from the Bristolian duo Eyebrow was destined to be called Deep Time, a concept that is rooted in the work of  Scottish geologist, physician, naturalist and experimental agriculturalist James Hutton (1726-1797). It was his belief that the Earth was perpetually being formed, through a process of rock erosion, sedimentation and formation. The idea that the Earth is alive was first scientifically discussed by Hutton, he anticipated the Gaia hypothesis proposed by James Lovelock in the 1960s. This theory proposes that organisms interact with their inorganic surroundings on Earth to form a synergistic self-regulating, complex system that helps to maintain and perpetuate the conditions for life on our planet.

Unfortunately Eyebrow had to find a new title for their imminent CD release when Harrison Birtwistle premiered a new orchestral work titled Deep Time in June 2017. Yet the themes and metaphors of Deep Time (Erosion, Formation, Synergy and Gaia) still embed themselves in Eyebrow's 5th album Strata. 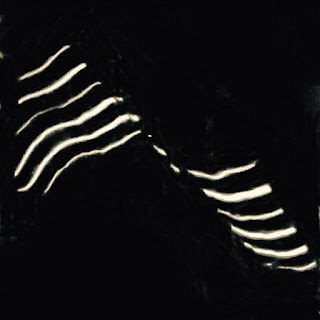 Paul Wigens created the album cover artwork, he explains more about its creation,
"The original images were of sunlight through curtains and slatted blinds which created the abstract wavy lines. The images were created in the Brushes app on my phone and enlarged and enhanced in Photoshop. I used my finger to 'paint' over the pictures. Great fun!"

To the viewer the album cover contains many stories, flowing far away from its sunshine origins. The purists see an anticline, a geological formation of folded rock strata. The more simple interpretation is as plain as black and white, two distinct personalities, Judge and Wigens. The lines don't sit beside each other in perfect definition though, they ebb and blur, moving as the eye scans over them. Symbolic perhaps of Eyebrow, whose music seeps and bleeds between genres, travelling towards new music landscapes that have yet to be defined.

Read an excellent review of Strata at The Jazzmann.