Orlando Seale and the Swell - Scala 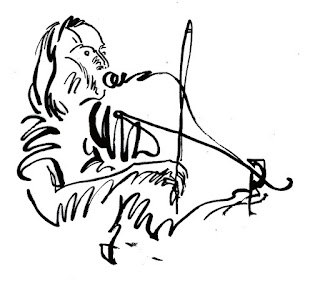 Orlando was living and working as an actor in LA when his girlfriend at the time lent him Elliot Smith’s old guitar. Then she left him. He made his way home to London and was struck by the rapidly changing city, its caffeinated highs and ‘Gin Street’ lows. Thanks to a special collaboration with the Southbank Sinfonia, Orlando met viola players Becky Hopkin and Patricia Ramirez. Along with bassist Micky Turkington they created the Swell, an attempt to capture the epic sweep of the unreal city.

Then the sky fell down.
Life lurched left and steadily became more like wrestling than dancing.

So armed with new drummer Andrew Gallop the band holed up in a condemned rehearsal space behind Denmark Street and began to carve out a harsher, less lyrical sound that reflected the turbulent times. In December 2015 they released their latest single ‘Wrestling’.

The queue snaked around Scala and deep into the backstreets of Kings Cross. Once inside, the amphitheatre was crammed full of the living while the waking spectre of Orlando Seale performed a kind of open heart surgery upon himself. Spittle stretched and a dark sickly residue spread beneath us, sticking our feet to the floor.

It was the most magnificent of sacrifices, Seale was the bait for our eyes, he is the death and the resurrection, the naked, pegged out before us. The strings of his songs pull his limbs, and as we draw closer we cut our feet on thorny lyrics and the sharps lines from the violas.

We can never quite reach into Orlando Seale, he is the curiosity window, the shop that none of us enter. The lights are never on inside, our imaginations are the illuminations yet we need the darkness to make both mind and panes reflect.

London Caesars Dr Fizzy, Mrs Fizzy and The Baldock looked on as we in the pit writhed to the rhythm of the swell.