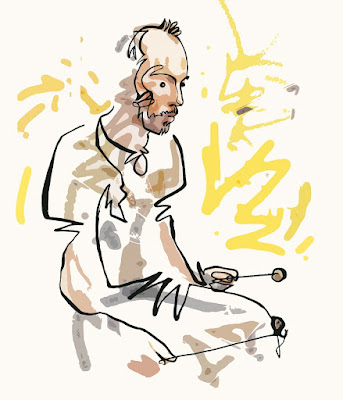 We got our first sneaky peek into the diary of Bernhard Schimpelsberger back in December and  the next juicy entry is revealed on this A World In London!
Click to listen: https://www.mixcloud.com/Resonance/a-world-in-london-17th-may-2017/

Multi-percussionist composer, Bernhard Schimpelsberger, launches his Crowdfunder for the Rhythm Diaries on May 23rd so you can pre-order this release, plus ensure the next instalment which will take him to Cuba! It’s a unique opportunity to plunge yourself into 10 European cities and the unique creations of fifteen cutting-edge musicians, collaborating with Bernhard on a groove postcard written in jazz & electronica. With all this Euro-tunnelling through sound & space you can be sure that after Bernhard explores Afro-Cuban drumscapes in the hidden depths of Havana, there’ll be more journeys in store and musical equivalents of the Trans-Siberian or Orient Express. Hop on board now!! Order here: https://wemakeit.com/projects/rhythm-diaries 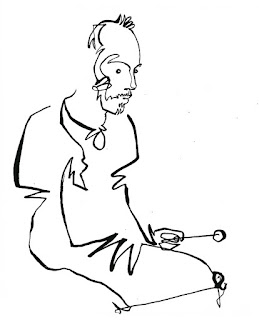 Current release
Wherever You Go (2017)

A gig to launch the album Wherever You Go which features the lyrics of playwright and journalist Alan Franks. The tunes, which range from jazz, through pop ballads to folk, are the work of many musicians, including the internationally renowned saxophonist Tim Whitehead, Indie rock star Glen Strachan, and Franks himself. This is the sixth CD of Alan’s songs.

Of the making of Wherever You Go Franks says: ‘It’s been a joy to work with all these gifted people and to hear their musical response to my words. In many cases, I don’t think I knew quite what I was trying to say until I heard their performances.’

A collection of oddfellows came together for Alan Franks album launch and although Franks was the catalyst for this night (and the CD, Wherever You Go) it was the strength and depth of talent on show that was the greatest pleasure for the packed audience.

There were effortless performances of the highest quality from Tim Whitehead's trio and Isabella Pappas but it was in the eddies of Alan Franks' flowing words where this mind was caught. The purity of Amanda MacLean, first with Dorten Yonder and subsequently unaccompanied, rushed the bones like a chilling wind. The peripheries of life dropped away and nothing mattered but the voice and its icy truths. Glen Strachan has a very different charm, in a similar way to MacLean he can cut through the artistic fluff but he is also pure Art itself. In another life, on another island he would be a pictorial Dora Maar, a split personality that both weeps and dazzles through its intense colour. I'm sure Alan Franks will achieve ample recognition with Wherever You Go but you feel this is also a seedbed of collaboration just waiting to spring forth.


Isabella Pappas is a singer and actor. She was nominated for an Olivier Award for her performance in The Nether at the Royal Court and Duke of York's Theatre in 2015.

That CD is now available, but the five of them have enjoyed the project so much that they are going to carry on performing together - broadening the repertoire to include traditional dance music and song, and compositions by other band members.

As Maggie's songs called for varied arrangements, with a wide range of timbres, they have continued to use guitars, bass guitar, mandolins, fiddle, whistles, flute, concertina, bouzouki, tenor and bass recorder, banjo and percussion in their performances.

Chrys Salt is an award winning writer who has performed her poetry across the UK, in Europe and the USA. Work has been published in journals, magazines and anthologies and broadcast on Radio 3 and 4. She is Artistic Director of The Bakehouse, a flourishing arts venue in SW Scotland and Literature Convener for The Dumfries and Galloway Festival.

Syd Maddicott was a British diplomat who was High Commissioner to Cameroon from 2006 to 2009.
He sings and records both a soloist and as a member of the shanty crew the Old Gaffers, and well known for their renditions of sea songs and shanties.