Namvula - A World in London

Click to Listen to Namvula on A World In London with DJ Norman Druker -
https://www.mixcloud.com/Resonance/a-world-in-london-18th-april-2018/

Namvula Rennie is a cool, thoughtful singer-songwriter whose distinctive fusion style reflects her history. Born in Zambia, with a Zambian mother and Scottish father, she lived in Kenya, Switzerland and the US before settling in London, while taking regular trips back to Africa. Her second album, Quiet Revolutions, shows how she has developed as a confident, soulful performer who can switch effortlessly between from African and European influences. Namvula sings in a bewildering variety of languages, and the lyrics and translations are worth checking out online at www.namvula.com

Son Yambu - A World in London


A World In London (AWIL) saw a Sophie Darling take-over, as DJ Ritu and the AWIL team are spread across the world.

Son Yambu play SON music: the fusion of Spanish and African rhythms that together, many years ago in the Oriente Province of Cuba, came together to form the very bread and butter of the world’s latin music scene today. It is the predecessor to salsa, to rhumba, to latina… we are speaking about … son Cubano! (of course!).

Created in the depths of Eastern Cuba in the mid-19th century, son music arose from the thousands of African slaves who were forced to work in the sugar cane fields in Cuba. Here they continued their African musical traditions, playing their rhythms in their communities, and fusing it with the hispanics who were also enslaved on the island. From this melting pot of cultures and rhythms sprung the birth of son. Then came the explosion of this characteristically Cuban music, followed later by the Buena Vista Social Club popularising Cuban music, placing it on the “world-music” map and into the spotlight. It’s an influential music which has hit every part of the globe.

On this AWIL we have London’s finest son band accompanying us in the Resonance studio. Toby playing Timbales and cowbells, the Savinge cousins on congas and trumpet, Frank on tres, Javier on bass and Dunia on vocals and güiro were all packed into the resonance studio. We on AWIL were treated to some new tracks from their up-coming, as yet, untitled album.

Son Yambu formed in 2011 with the debut album ‘La Maravilla’ which was released in 2012. After this they toured profusely playing all manner of festivals and concerts throughout the world, and a short seven years after their inception, they returned to London to record their second album. On AWIL Son Yambu talk us through the structural and historical elements to the infamous SON genre. They tell us about playing concerts in our capital city of London and of the Latin and Cuban communities of which they find themselves a part. From the bomba to the timba, the rhumba to the son, we explore a musical madness that’s infectiously happy….and irresistibly danceable.

Helen Anahita Wilson flooded The Bull's Head, Barnes with music that softened every fibre of the legendary jazz venue. A world of hard bop and bold brass was swept away in a night of candlelit discoveries. Flickering smiles danced across the faces in the crowd for it was a performance of sensitivity that encouraged a sense of beauty and reflection. Wilson repertoire included music by Bill Evans, Chick Corea, Stephen Montague, Peter Feuchtwanger and Helen Anahita herself.


"I make late night, low light music....music that is rich and sensual....intimate and tender also."

Helen Anahita Wilson is a pianist, composer, multi-instrumentalist and musical explorer based in Brighton, UK and performing multi-sensory, post-genre concerts across the world. She likes to build and sculpt sonic space. And I like to colour it, be it by flooding space with sound and resonance or just by hearing one tiny drop of the most delicate beauty being suspended.


In exploring music from across the world Wilson draws inspiration from many Asian traditions, from jazz and from her own background as a Western classical musician. She have performed at major venues and festivals across the world and broadcast on BBC Radio 3. She studied performance and composition at the Royal Birmingham Conservatoire, Guildhall School of Music and Drama London, the University of Sussex and SOAS, University of London.

Music that you’ve never heard but wish you always had, with Seby Ntege Band on this A World in London! Click: https://www.mixcloud.com/Resonance/a-world-in-london-4th-april-2018/
So much sparking talent was squeezed into our studio on Wednesday and at its core was phenomenal multi-instrumentalist Seby Ntege, Uganda’s premier musical ambassador! We lost count of exactly how many instruments Seby plays, but grasped that they include the adungu harp, akogo thumb piano, a one-string lyre, panpipes, percussion, and his latest acquirement, the kora, thanks to some collaborations with mighty Gambian Londoner Sona Jobarteh. Seby employs this impressive arsenal as well as his excellent voice to create upbeat, compelling dancefloor songs that are punctuated by powerful & personal lyrical content, singing in a range of languages like Swahili, Luganda, and English. Each of Seby’s trusted comrades in the band plays an essential individual role and all the characters fit perfectly like jigsaw puzzle pieces. There’s fellow vocalist & Ugandan lullaby queen Diana Lwanga, Mr. Will on guitar (Will Sherratt), Lucas Keen on drums, and bassist Rob Stevens on production, and their collective hi-energy performance is infectious, bringing Ugandan genres like Baksima to full glory and at last stamping these overlooked sounds on the world map. Seby Ntege Band launch their superb debut album ‘Five Notes’ at Mwalimu Express at Rich Mix London on April 15th, and then plan to tour the UK later this year! .
4/4/18 – AWIL 160 Online: https://www.mixcloud.com/…/a-world-in-london-4th-april-2018/ Production & pics by Sofia Gaetani Morris, Norman Druker, Sophie Darling, and sketches by Alban Low. This week on SOAS Radio – author Garth Cartwright. Click: https://soasradio.org/mu…/episodes/awil-254-garth-cartwright Next week Sophie Darling’s global music mix on SOAS and Son Yambu at Resonance. #AWorldinLondon – IN ITS TWELFTH YEAR! Live on Wednesdays 6.30pm Resonance 104.4 www.resonancefm.com & 4pm SOAS Radio mixlr.com/soasradio
#London #global #music #worldmusic #folkmusic #radio #Uganda #Africa #kora #album #UK Focus Atta Focus Organization Soas Pan-African Soc Max Reinhardt SOAS East Africa Society African Music 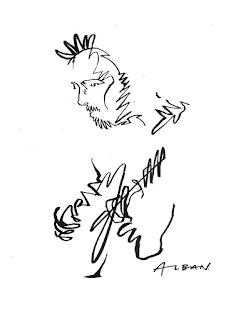 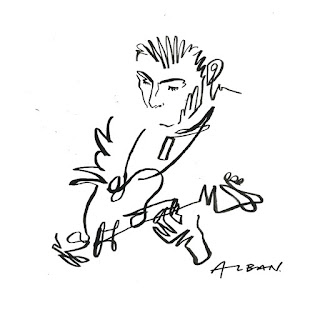 A gentle and intimate introduction to a new performer on the London music scene.