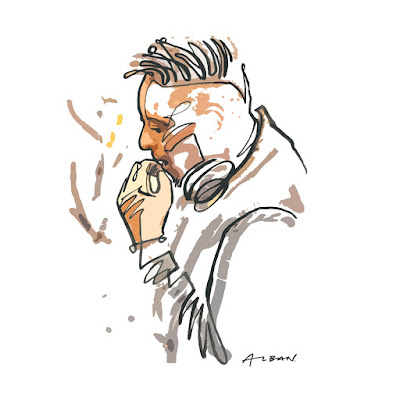 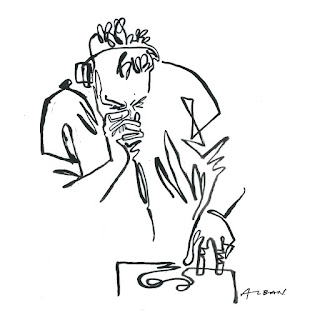 We caught up with Cleveland between some Sound Spas and his forthcoming date at The Vortex on Nov 6th as part of this year’s London International Arts Festival. Ever-evolving, it’s impossible to confine him to one genre, one era, or one skill, but suffice to say that the man that’s won the best vocalist Parliamentary Jazz Award 2017 is our man in the studio. A MOBO might be on its way too, and not before time. On this show you’ll get some sense of the journeys Cleveland has travelled in rhyme, as a virtuoso vocalist, composer, music educator, and actor. His early days in the 80’s with Lovers Rock queen Carroll Thompson, and The Jazz Warriors, followed by the heady 90’s drum n’ bass scene with Goldie & the Metalheadz crew in Hoxton’s Blue Note. There’s been collaborations with first-gen African greats like Sona Jobarteh, Tunde Jegede, and Kasse Mady too, but the collaborator list is endless and giant-filled. Watch out for his new project Collective X, whose debut album cover has been designed by AWIL resident artist Alban Low. Our first live session with Cleveland on this AWIL left us with a lot of unfinished business, but rest assured that this conversation is to be resumed...
‘           ‘
25/10/17 – AWIL at Res 141  Online: https://www.mixcloud.com/Resonance/a-world-in-london-25th-october-2017/  Production & pics by Sofia Gaetani-Morris, Norman Druker, Sophie Darling & sketches by Alban Low. Also this week a Addictive TV at SOAS Radio. Next week Sheila Chandra at SOAS & Tse Tse Fly Middle East at Resonance!  #AWorldinLondon – IN ITS ELEVENTH YEAR! Live on Wednesdays 6.30pm Resonance 104.4  www.resonancefm.com & 4pm SOAS Radio  mixlr.com/soasradio

BLURT recorded the Pagan Strings album in Ulm, Southern Germany, in ’92, at the end of a thirty consecutive dates tour. Ted Milton played sax and vocalised. On guitar was Chris Vine, who was with the band from ’90 to ’95, and Paul Wigens, Blurt drummer from ’85 to ’98. Some twenty years later the original line-up reformed to play this one-off Pagan Strings Concert.  Milton also performed “Molecule” – a short performance piece, and recited poems from the recently published Milton Text Book.

Ted Milton once described himself as "a tone-deaf musician" and at the end of a sax-part during a Blurt gig in Antwerp he proclaimed with a broad smile: "Oh, why don't I just take some lessons?" All this to say Ted doesn't see himself as a ground-breaking nor virtuoso sax player. However, when in good form his instrument becomes an extension of his body and wonderful sonic landscapes enfold.

Paul Wigens joined Blurt in 1986 after Jake Milton left. He can be heard first time on the "Poppycock" album. Paul is a human metronome, taking his musicianship very serious. He studied with American jazz drummer CLIFFORD JARVIS (Sun Ra/Archie Shepp/Pharoah Saunders) in the mid nineties. He has played with the groups Grand Drive (Sony/BMG), The Blue Aeroplanes and Cousteau and mosy recently with Eyebrow. As musician and composer with Cardiff-based physical theatre company Earthfall, he worked on the shows Forever and Ever, Fabulous Wounds, Rococco Blood and Bakkus and the BAFTA-winning short film Too Old to Dream.

Chris Vine replaced Steve Eagles in 1990 to record the "Pagan Strings" album. Before he had lived in the U.S.A. and played in The Scientific Americans and with a.o. Eliott Sharp. Chris changed the sound of Blurt trough his fingerpicking guitar style, using a thumb pick to accentuate the low notes or to strum the strings very hard. He also made frequent use of an electro-harmonix analog delay and octaver-effects. Chris now spends his time between the UK and Brazil and writes music for theatre and dance companies. 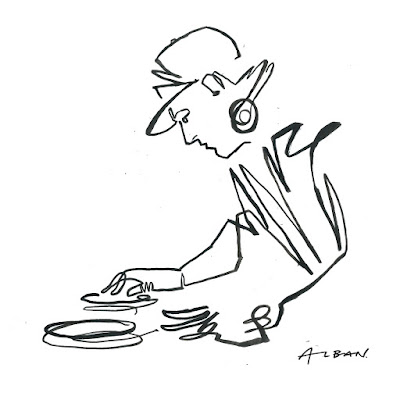 Mixmaster DJ Vix on this A World in London!
Click to lisyen: https://www.mixcloud.com/Resonance/a-world-in-london-18th-october-2017/

All turntablists working with Bhangra music will have productions by DJ Vix in their library. He’s the most sought-after remixer on the British-Asian scene – the Desi equivalent of David Guetta - and has added essential beats & breaks to songs by vocal giants like Jay Sean, Sukshinder Shinda, and Jassi Sidhu. Vix is often out with his Dhol n Bass Roadshow, but I found him recently when we were both brought in to spin an ‘old skool’ set for the BBC Asian Network. On this AWIL catch Vix in the mix, live on the CDJs, and hear about his rise to fame from East London roots to international stardom! 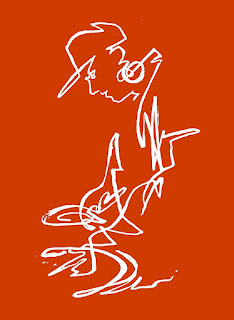 Mark Sullivan - Slip Into Your Head 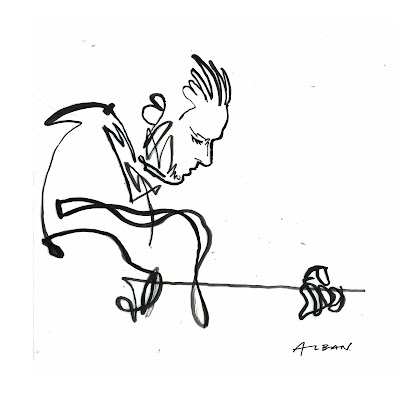 Mark Sullivan has crafted his art on the road with hundreds of shows that include all the expected stages for such a troubadour plus incredible experiences such as opening at Wembley Arena, performing at The Houses Of Parliament, the US ambassadors private London residence and receiving an award from Rick Wakeman. 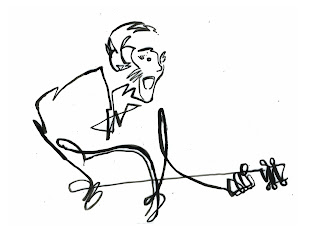 Sullivan is now set to embark upon a UK tour ‘In The Round’ this October with Radio 2 and Country To Country festival favourites Emma Stevens & Megan O Neill plus USA’s James Fredholm making his UK debut. “Slip Into Your Head” is the highly anticipated new single by Mark Sullivan.  This earthy slice of sincerity holds the potential to skyrocket Sullivan to the pinnacle of the acoustic indie folk listener’s radar and begs the question of how far this astonishing artist can go. 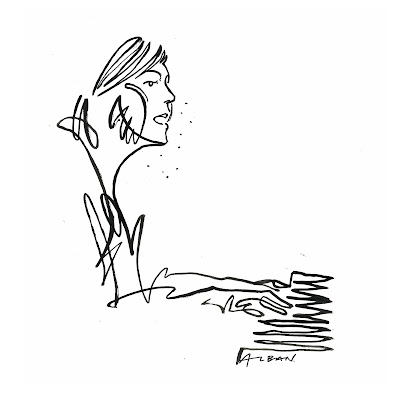 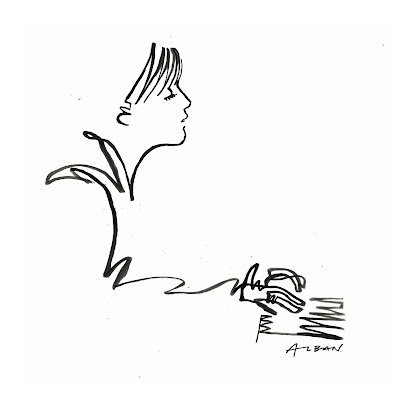 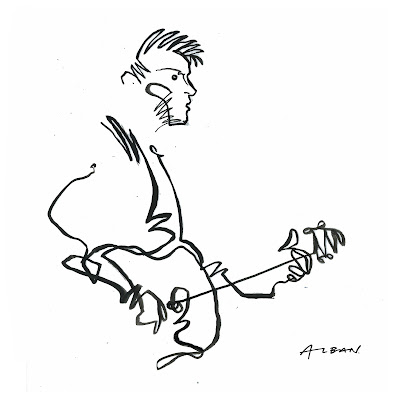 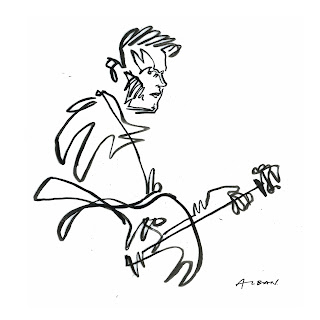 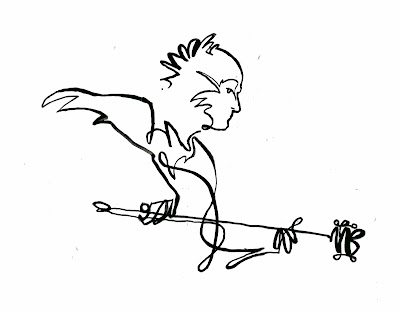 Portobello Blues with magnificent musician Adam Blake on this A World in London!
Click to listen: https://www.mixcloud.com/Resonance/a-world-in-london-11th-october-2017/ 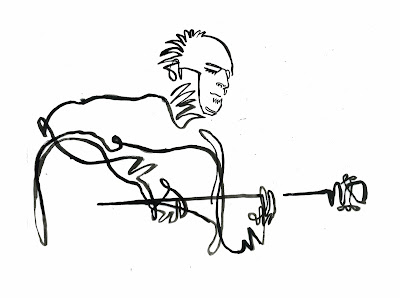 On the corner of Portobello Market and Elgin Road, you’ll find Adam Blake busking Blues of every kind. The works of Blind Willie Johnson and Lightnin’ Hopkins are revived through Adam’s excellent voice and intricate guitar moves, transforming this trendy part of West London into some kind of Mississippi delta. He’s also collaborated with amazing peers like Natacha Atlas, Errol Linton, and Cornershop, enhancing their live sets & album recordings with a brimful of fret styles, on bass & sitar. On Facebook, Adam is a sensitive, thoughtful character that’s modest about his career history, and dazzling ability. But in our studio on A World in london, there was no place to hide his true & bountiful talents. Listen in for some fingerpickin’ good, and reach out to grab Adam’s ‘Portobello Blues’ album.


Their music is a heady mix of jazz and rock with Oriental and Greek influences, traditional Mediterranean melodies and textures with Flamenco and African rhythms, generating dynamic grooves, combined with nuanced dynamics and sparkling arrangements. Stefanos follows in the footsteps of guitarists such as John McLaughlin and Ralph Towner, creating a personal and unique fusion of 'World Jazz' at its very best as a vehicle for his wonderful oud and guitar improvisations. His music is both melodically and rhythmically engaging.

"A wonderful sense of the trio grooving together very intuitively." London Jazz News.

Our cosmopolitan capital embodied in new band Kan Beng, live on this A World in London!
Click to listen: https://www.mixcloud.com/Resonance/a-world-in-london-4th-october-2017/

Gambian Londoner Seneke Sillah has created a new group called Kan Beng which is fresh, raw, and bursting with vitality! It’s members originate from West & North Africa, Israel, and the UK, merging elements of Berber, Mandinka, and Jewish folk with Rock and Jungle through ONE multi-faceted VOICE. Kan Beng’s wealth of individual talent and incredible energy is all set to send shockwaves through the live music scene so catch them in their embryonic stage on this AWIL! Kan Beng’s formidable line up includes: Seneke Sillah on djembe & dundun, Jez Gibson on bass; Ren Renoldz on drums, guitarist Dotan Cohen, and vocalists Nadia Al Faghih Hasan, Leon McLaughlin & Mahdi Kourtaa.