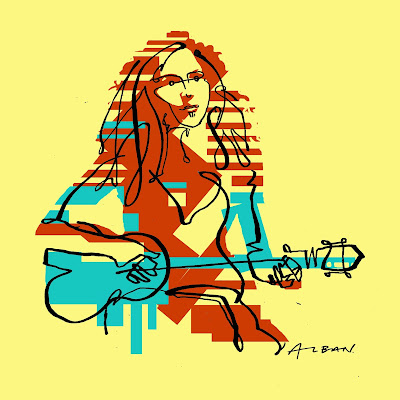 Lighting up the universe, superb singer and composer Luzmira Zerpa on this A World in London! Click: https://www.mixcloud.com/Resonance/a-world-in-london-19th-june-2019/

You know that expression, ‘the light & soul of the party’? Well when Family Atlantica were on the scene their performance was exactly like one big party, with lead vocalist Luzmira Zerpa as its shining star. The group may be resting but its charismatic and vivacious Venezuelan co-founder Luzmira is still electric, focusing her creative rays into a solo album that promises an abundance of energy. Luzmira Electrica, as it’s called, sees this superwoman in a more introspective mood, ‘music is silence as well’, she says quite rightly. She’s working on a collection of traditional Amazonian songs that were taught to her by an adoring uncle, who inadvertently also taught her not to sing out of tune the way he did! These songs are rooted in the earth, and held up by the sky – unshakeable, natural, and organic – the same qualities reflected in Luzmira’s uniquely brilliant & powerful voice. Her lyrical content is that much more poignant in this shifting, changing world we often find ourselves in, and it’s like we’re now hearing from an artist that has had to grow up and face down numerous personal challenges which she candidly shares about in this very personal AWIL interview. Luzmira, which means ‘light’ was named by her beloved father who always believed in her outstanding talent. ‘Hope is born out of darkness’ she says, and when referring to her creative powers, she explains that ‘desire has its own intelligence’. Sample a sneak preview of Luzmira Electrica on this AWIL, and be swathed in the light of hope. 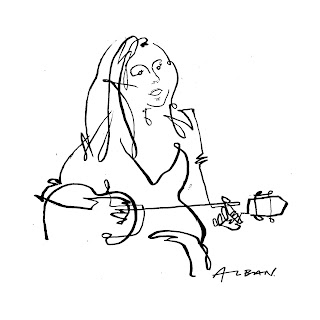 iskwē - A World in London

Powerful and passionate singer songwriter iskwē was on #AWorldInLondon at Resonance 104.4fm with guitarist Alex Mak. Her soulful and revealing lyrics offer deep insights into the present lives & history of indigenous communities in Canada, telling stories that need to be told and very much heard.

iskwē is an Indigenous pop and electronic music singer from Canada, who received a Juno Award nomination for Indigenous Music Album of the Year at the Juno Awards of 2018 for her second album The Fight Within. The name iskwē is one part of the artists' traditional Cree name, which was gifted to her through ceremony in 1998 and she prefers this moniker over the legal name she was given at birth, as it is a connection to her spirit and culture. Further to this, iskwē has adopted Standard Roman Orthography to write her name, removing the use of capitalization, because this is a common practice used by Cree academics to write the language.


Originally from Winnipeg, Manitoba, iskwē has lived in Los Angeles, New York City, and Toronto, and now calls Hamilton, Ontario home. She released her debut album Iskwé in 2013.
Bridging cross-cultural aesthetics while exploring her own struggle to both fit into and break away from modern Western archetypes has been an important part of iskwē's artistic vision since the release of her WCMA nominated self-titled debut album. Her debut single "Nobody Knows," produced by Juno Award nominees The Darcys and featured in the Netflix series Between, captivated audiences by turning a stark spotlight on the more than 1200 missing and murdered Indigenous women in Canada.
iskwē garnered a win at the 2017 Western Canadian Music Awards (WCMA) for Electronic/Dance Artist of the Year and her 2017 album The Fight Within recently received a JUNO nomination for Indigenous Music Album Of The Year. She followed up with a number of singles before releasing The Fight Within in 2017. In 2018, she received a SOCAN Songwriting Prize nomination for the song "Healers".


Growing up in a house of seven in the fen lands of Norfolk, Austin was consigned to the string section in the interests of keeping the family peace. As soon as he hit the road to London he started honking on bigger and bigger things until gaining access to a dubiously acquired tuba through the hands of Josh Middleton. Cutting his bassline teeth with Yoshke and the Wolves, leading UK brass band BYOB, mainstay of dub reggae outfit General Skank and a few other pots on the boil, playing with Raka is the biggest test of his springy diaphragm.

Lucy Tasker - CLARINET
Lucy started playing the clarinet from the age of 10 in Japan where she lived as a child. She has studied Balkan music and jazz in Belgium and London, and traditional Bulgarian folk under Bulgarian maestros in Plovdiv. She has toured playing festivals and venues across the UK and abroad.

Ben Pitt - VIOLA
Ben Pitt is a London based Viola and Gadulka player, with a dedication to East European folk music and particular interest and experience in Bulgarian folk music.  As a Graduate in Music at Sussex University, Ben’s professional training over the three years was at Trinity Laban Conservatoire of Music and Dance. Over the more recent years he has reiteratively traveled to Bulgaria to learn from masters of the style, Angle Dobrev from Zornitsa Orkestra and Atanas Slavov-Mravcho as well as study at the Academy of Music, Dance and Fine Arts in Plovdiv.  As a performer Ben has  collaborated with many musicians form projects such as; Barcelona Gypsy Balkan Orchestra, Tantz, Bucimis, and Don Kipper. Ben has studied with Dzambo Agusevi Orkestar and has taught at the London Fiddle Convention.

Josh Middelton - ACCORDION
Josh Middleton is an accordionist and composer specialising in Klezmer and East European Folk styles. He has been performing music professionally since the age of 14, graduated from the School of Oriental and African Studies with a first class degree in Ethnomusicology, and has since been intensively studying both Klezmer and Bulgarian music, the latter at the Academy of Music, Dance and Fine Arts, Plovdiv. Josh has worked with many Klezmer and Balkan music ensembles such as She’koyokh, The London Klezmer Quartet, Tatcho Dorm, Raka and Don Kipper, has shared a stage with Klezmorim such as Frank London and Merlin Shepherd, taught at Klezfest London alongside Klezmer scholars such as Alan Bern and Joel Rubin, and recorded for artists as diverse as DJ Vadim and Kadialy Kouyate.
John Macnaughton - SAXOPHONE
Professional Saxophonist and Clarinettist specializing in the folk/world music scene in London. John studied on the prestigious BA Jazz course at Leeds College of Music (2010), and recently graduated from the MA Music Performance course at SOAS (2017) with distinction. Having played with many leading ensembles and musicians including, Guinean Griot; Mosi Conde, Nigerian Afrojazz band, 'Ayetoro', Afrofunk band 'Bronzehead', and Croatian Big Band 'Mimika', John has also worked in theatre(the London Bubble, Nick Cassenbaum, Viva Productions), and done various sessions for TV and film(Bleach Productions). Over recent years John has focused his energies on Klezmer and Balkan music. Having studied with leading musicians including Merlin Shepherd, Susie Evans, and Frank London.

Lori Secanska - VOCALS
Lori Secanska is an experienced vocalist, performer and a session singer, originally from Slovakia. She collaborated with many world music and experimental projects all over Europe, was a member of an international choir Apsora led by a Roma singer Ida Kelarova, a lead singer of a 40-piece ensemble London Gypsy Orchestra and recorded vocals for an award winning independent film 'Never let Go'. She performed at many international festivals and venues such as Pohoda Festival(Slovakia), Ealing Jazz Festival(UK), Union Chapel, Southbank Centre and St James Theatre(UK). Lori currently performs with a klezmer band Oysland and a balkan band Raka.