Indian sitar star Baluji Shrivastav on this A World In London!
Click to listen: https://www.mixcloud.com/Resonance/a-world-in-london-22nd-february-2017/

Could 2017 be the pinnacle year for Baluji Shrivastav? Decades have passed since the talented boy from Uttar Pradesh arrived in London ready to share his musical gifts across the world. This Sunday he launches his Best Of.. CD via ARC Music, with an OBE added to his name & numerous credentials. Balu is also about to  become the first ever artist-in-residence at Rich Mix with his Inner Visions training project. References to Stevie Wonder’s seminal album are potent, as a blindness has proved to be no obstacle for either of these music visionaries. Indeed, Balu has collaborated with Mr. Wonder, Massive Attack, Annie Lennox, Shakira, Boy George, and many more, but perhaps the most fruitful and consistent collaboration has been with his talented partner, singer Linda Shanovitch. Celebrity and honours aside, together they support up and coming musicians with sight impairments as well as other disabilities through the Baluji Music Foundation, creating essential opportunities & thrilling platforms for great music. One such protégé is Iranian vocalist Fereshteh Khosrujerdy who came to the UK just in order to be allowed to sing at all. You can hear her gorgeous vocals on this AWIL, dueting with Balu, in a glorious multi-lingual exchange of harmony. 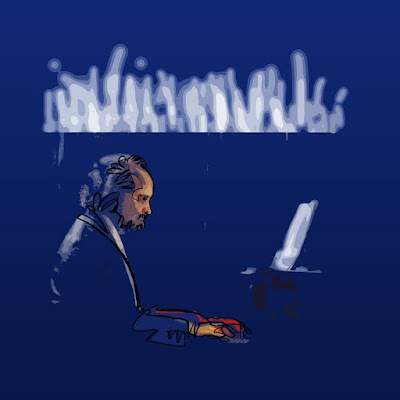 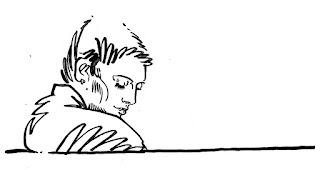 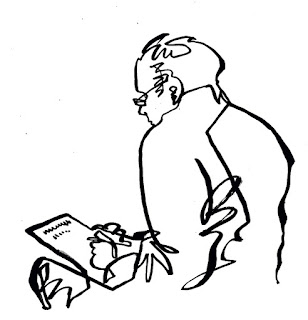 
Legendary Japanese music-maker Joji Hirota on this A World In London!
Click to listen: https://www.mixcloud.com/Resonance/a-world-in-london-15th-february-2017/

If you’ve ever seen Joji Hirota’s thrilling performances with the London Taiko Drummers, you’ll know that his live sets are unforgettable! A blaze of blistering beats pounded on giant drums that leaves audiences breathless, but Joji is not ‘just a drummer’. He’s a distinguished composer, producer, arranger, and multi-instrumentalist, with a career that spans over three decades, and sixteen sensational albums! Awards, accolades, and collaborations with the likes of Jah Wobble, London Metropolitan Orchestra, and Royal Shakespeare Company have happened along the way, and Joji is the man to credit for filling the void of mystery that surrounds Japanese music. He is its finest interpreter and dedicated ambassador. He’s also a master craftsman, that  carves intricate and delicate string arrangements for Japanese folk songs, boasts a celestial singing voice, and is a master of the Shakuhachi flute. On this AWIL, hear an exclusive preview of his 17th album, ‘ Japanese Taiko 3’, forthcoming on ARC Music this April.

A night of shadows and sparks from two Celtic firebrands in the newly reopened Irish Cultural Centre in Hammersmith, UK. The high ceilinged performance room could have given the air an empty chill but the audience filled out the hollow space and the warmth from the musicians brought colour to the cheeks on this bitter winter evening. The bald headed Bléjean is the smouldering coal in the fire pit, he glowed in the red light, still and pulsating. In contrast Sargent is the spitting spark that erupts from this combustible collaboration, always on his toes, twisting and flickering in the night.

Tad and Loïc share the same musical passions for the Irish tradition, for innovation, for style and flair and for ‘getting it right’. They met formally, if you like, at a session in Flynn’s Bar in Ealing, west London, in late 2013 and immediately hit it off. Loïc called Tad a few months later, as he was keen on putting a duo together for the festival he runs in his beloved Brittany. There followed stays and rehearsals at Tad’s fabled flat in Barnes, then gigs in France and England, all leading to the two of them opening the show for “The Taming of the Shrew”, the widely and wildly acclaimed 2016 production at Shakespeare’s Globe in London.

And meanwhile, they were making this album…. Recorded at Sylvain Barou’s studio in Brittany, it has Sylvain himself guesting on flute, Jean-Baptist Boclé on keyboards and Ben Somers on double bass and backing vocals, each one highly regarded in his own right. Well, class attracts class!
The album has nine tracks, six sets of tunes in what has become their trademark manner – percussive, driven, with a complexity of rhythm from Tad underscoring the precision and beauty of Loïc’s melodic lines. There is sensitivity too; it is not all fire and fervour and when the tune merits a light and gentle touch, that it receives! Tad adds three songs, “Missing You” (J. MacCarthy), “Dunnes Stores Girl” (J. Spillane) and “Beeswing” (R. Thompson), each with a fitting new arrangement and delivered with his fine vocals.


Sonic phonic duo Vocal Global on this A World In London!
Click to listen: https://www.mixcloud.com/Resonance/a-world-in-london-8th-february-2017/

Seeing is believing, which is why the blistering voice acrobatics of Noga Ritter and David X, combined as Vocal Global, really MUST be experienced live! Unless you witness them in action, it’s impossible to know which instruments are for real and which ones VC have perfectly replicated, tongue-twisting their way through trumpets, talking drums, and tablas. Beatboxer extraordinaire, David, lays down the jaw-dropping & jaw-emanating rhythm section, transporting the duo through a nomadic journey of beats carved up with jazz and hip-hop. Noga’s rich and powerful voice, sprung from Middle Eastern roots, glides through continents, languages, and meaningful lyrical compositions highlighting global issues & personal stories. VC’s stunning artistry and dynamic dance through song pivots them as profound communicators across all platforms - in care homes with special needs children through their work with Live Music Now - or in clubs/festivals where their exhilarating Vocalstar Galactica performance thrills bedazzled & breathless audiences! See Vocal Global on stage at Dalston’s Vortex Jazz Club, Feb 26th, launching their hotly anticipated, kaleidoscopic debut album, ‘L’Odyssey’! www.vocalglobalmusic.com

This year's LOUDEST WHISPERS exhibition has attracted a dynamic mix of talent both professional and self taught. With 100 pieces of artwork from 38 artists gracing the walls of The Conference Centre at St Pancras Hospital. This vibrant and dazzling exhibition is open until 20th April 2017, Monday to Friday, 9am to 5pm.

The exhibition marks the 50th anniversary of the partial decriminalisation of male homosexuality. The centrepiece of the exhibition is a work titled 38 GREEN CARNATIONS that is inspired by the incarceration of Oscar Wilde in Reading Gaol in 1895.

The opening of 2017 LOUDEST WHISPERS gave the gallery at St Pancras Hospital its biggest night in its 13 years history. 500 visitors arrived for this eagerly awaited annual exhibition of LGBT art, an evening rich in energy, enthusiasm and sometimes the baring of flesh

Visitors were rewarded with a glittering night of entertainment and thought-provoking performance. The exhibition was opened with impassioned speeches by Nadia Shah, the Mayor of Camden, Deputy Mayor Richard Cotton and inspiring words from Leisha Fullick the Chair of the Foundation Trust.  Nigel Harris, director of the Camden LGBT Forum rallied the crowds as sales topped £2,000 in the first few hours of the exhibition opening.


Master of ceremonies Alex Green and his eclectic alternative Good Old Days brought together songs and dance inspired by George Michael, followed by the poetry of Sarah Caulfield and the mesmerising performance art of Jones Tensini. DJ Ritu (Club Kali) spoke from the heart in a personal and inspirational speech that brought a swelling pride to her artist-in-residence at radio programme A World In London (Resonance FM, Wednesdays 6.30-7.30pm).

Music was strongly represented by Nicci Gladwin, Lucinda Sieger and Sarah Vista & the Sheriff. All with individual voices and original repertoires that ultimately brought the night to what felt like a premature close.
There is a special one off screening of Stephen Haupt's beautiful love story THE CIRCLE this Friday 10/2/17 at 6pm.
Posted by Alban Low at 09:10 No comments:

Sublime and sensitive South Indian music vocals by Savita Sundaresan on this A World In London!
Click to listen:https://www.mixcloud.com/Resonance/a-world-in-london-1st-february-2017/

Performing at AWIL can be something of an occupational hazard. Gone are the days when it was just me and the musician/s in the studio. Now we have an entire team of production assistants, resident artist, and other ‘interested parties’. So for 19 year old Savita Sundaresan, our guest on Wednesday, her debut on British radio turned into a recital in front of a mini but largely appreciative audience. However, at times, some of AWIL crew are prone to becoming a little rowdy, especially the parental contingent. Savita explained her life to us – she’s an engineering student at Imperial College, a Bharatanatyam dancer, as well as an up-and-coming talent in the world of Carnatic music. Her distinguished music guru is Dr. Mala Swamy in Chennai, and Savita often wakes up at 5.30am to start her music practise before heading off to one of the best universities on the planet. In every sense, Savita is accomplished, learned, and joyful. She has performed on stages across India & the UK in front of the most critical and discerning pundits of South Indian classical tradition, yet nothing could have prepared her for AWIL... The trouble started after I said ‘You’re a model daughter. What more could your parents possibly expect from you?’ Then one of the crew piped up with ‘When are we going to get grandchildren?!’ Another shouted ‘clean your bedroom more often!!’ Someone at the back squealed ‘you don’t eat enough greens!!’. It was only after Savita began to sing, gliding effortlessly through multiple octaves, intricate raags and krithis, moving mountains with her magnificent voice, that the heckling was finally silenced, as the rabble retreated into blissful serenity. Hear Savita Sundaresan and her brother Adesh on THIS A World In London!