Ben Mandelson from Les Triaboliques on this A World in London!
Click to listen: https://www.mixcloud.com/Resonance/a-world-in-london-10th-january-2018/

Fabulous guitar trio, Les Triaboliques return to our capital’s live scene for a rare gig on January 19th at Rich Mix London. Justin Adams, Lu Edmonds, and Ben Mandelson are the sensational strummers in this cult band that formed in 2009, releasing their definitive, and only album, Rivermudtwilight to wide critical acclaim. On this AWIL, Ben Mandelson provides an insight into the careers of his comrades in lute, but also a reminder of his own staggering list of achievements spanning over 40 years in every aspect of the music industry. There’s been touring with Billy Bragg, Magazine, 3 Mustaphas 3, Yiddish Twist Orchestra, and the creation of pioneering label Globestyle Records. Ben excels in everything he does, whether it’s producing albums for Ladino goddess Yasmin Levy and Algerian piano legend Maurice El Médioni- Official, or co-founding the essential annual world music expo WOMEX, but, he’s a humble guy that doesn’t really ‘do’ social media, instead selflessly sharing his time & wisdom to empower other artists – I’m one of them. First & foremost though, Ben is a passionate musician, and it’s in Les Triaboliques that he is matched with equally virtuosic peers. 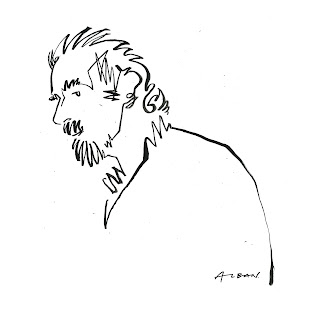